What is the Feminist Plan for Equality 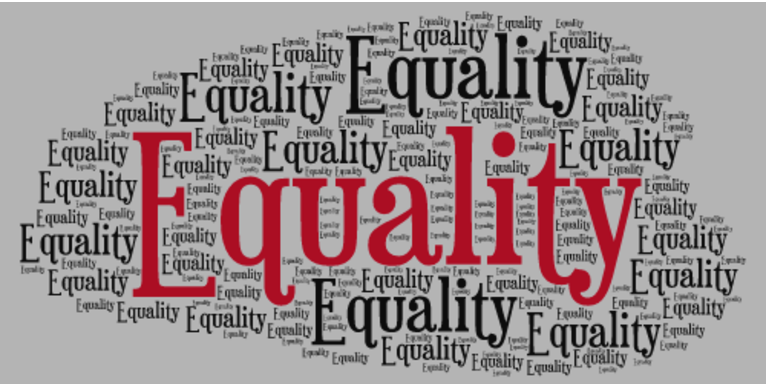 Firstly, how much equality? That sounds like a daft question to some, but what I mean by it is do you want equality of opportunity, or equality of outcome?

Equality of opportunity means that men and women have the right to acquire the same opportunities, chances and success – providing that other requirements are met.

Equality of outcome is more about distribution, rather than equal rights. It means men and women – as gender collectives, rather than individuals – having the same result in terms of numbers. Other requirements here are basically irrelevant. This is best explained in an example.

Let’s say a highly successful company, which employs around thousands of people, has 9 top managers. 9 people own this company. 7 are male, and 2 are female. They want a 10th top manager, so they consider 2 people – and will end up recruiting just 1 of them. One is a man, the other a woman. The man has double the number of qualifications, works longer hours, on the whole is more dedicated, and it is the interviewer’s professional opinion that he would bring more to the position than the woman. None of this is to do with his gender, they just think he’s more fit.

Someone who supports equality of opportunity, like me, would say the man should receive the job and that the 8:2 ratio is insignificant because firstly, those 2 women already demonstrate that it’s possible to be a successful woman. Secondly, they were both given an equal chance to try. Thirdly, he is more qualified. Fourthly, it’s worth considering that the business may just be a more male dominated sector anyway. If more men are in a certain field, then more men will take the senior managerial positions – and vice versa.

Somebody who supports equality of outcome, like (the vast vast vast majority of) feminists would say that the woman should get the job. This is because the fact that there are only 2 females currently on the top board is evidence of patriarchy implemented into the company. Also, with a third woman added, at least it’s getting closer to a 50/50 quota right? Feminists who strive for equal outcome discard so many other contributing factors, that it’s very difficult for me to sit here and take them seriously.

The BBC pledged to have 50% male and 50% female on-air roles within the next four years. www.theguardian.com/media/2016/a… This is an example of striving for equality of outcome, which I am extremely against, because it means the advocacy and endorsement of positive discrimination. It means reaching out to only half of the population, not showing the other half the amazing opportunities and careers which BBC offers. It means that when BBC interviewers are interviewing males, at the back of their mind they’re thinking ‘Okay can’t be too lenient on him. I’m interviewing a woman next!’ It means promoting identity politics, aka judging people based on characteristics rather than what they will bring to the table. It means ostracizing men, who may be better at the job than their female counterpart as I demonstrated in my previous example. But to the BBC, that’s all irrelevant.

Quickly going back to the term identity politics. I saw this prominently in the US election campaign. Hillary Clinton, in interviews, saying ‘Vote for me because I’m a woman.’ ‘One of my merits is: I’m a woman!’ ‘All these mothers vote for me because I’m a woman.’ (www.youtube.com/watch?v=7SQ8xTcK… the only version I could find to prove her saying this was a remix XD) And I’m sorry, but the glass ceiling argument isn’t good enough here. Such citations tell little girls that in order for their dreams to come true, they need to see someone with similar characteristics to them be successful. This is a dangerous mindset to pass onto a child, because it makes them become obsessed with traits like gender, to the extent of some girls feeling like we still live in an institutionalized oppressive patriarchy, because ‘someone like me has never made it to the top!’ In a Western country like America (or where I’m from – the United Kingdom), where we have equality of opportunity, parents should be showing that to their children instead of making them obsess over identification rather than what really matters (ie Hillary’s actual policies). The same happened in 2008 and 2012. Many Americans voted for Obama because they wanted a first ever black president. Now – call me a bigot, but isn’t this sort of attitude demonstrating racism and sexism too? If feminists and SJW’s really ‘just want equality’, then why is voting for Obama and Hillary based off race and gender acceptable, but voting for Romney or Trump based off race or gender being a racial supremacist misogynist?

So, feminists, what kind of equality do you want? Do you plan on attaining equal outcome? So statistically evenly distributed results? Or do you wish to pursue equality of opportunity? Because if it’s the latter, and you live in a Western nation… Chances are we have that already. Therefore, with the exception of a few minor tweaks, depending on what country you live in, your job is done.

← 9 Reasons Why I Can’t Stand Modern-Day Feminists
You may be a feminist, but I don’t want you to be one for me. →

8 Comments on “What is the Feminist Plan for Equality”