The Tide that Turns Also Drowns: The Dangers of Feminizing Education 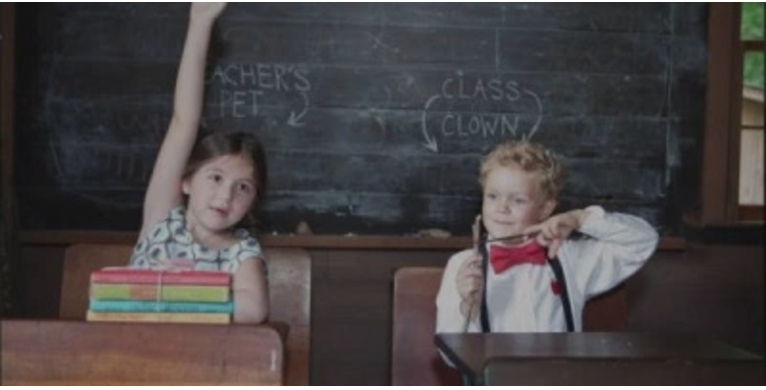 It’s an open secret that education has been a political chess piece to politicians since the dawn of the 20th century. What to do about each successive crisis in education has been the subject of much controversy for the better part of the last century and this one. But, the politics of education have taken a dark turn in the 21st century. For the first time, we have truly weaponized  research to create standards and an environment that are toxic to both sexes, particularly males. Feminizing education and the entirely artificial push towards girls in STEM are both bound to have serious ramifications for our future, and endangers the future boys most seriously.

Boys express a different learning style from girls due to sex-based differences in brain anatomy. There is a vast and deep body of research surrounding the notion that male and female brains are not inferior, but different from each other. In males (generally speaking), the inferior parietal lobe is larger. This region of the brain is related to spatial awareness, and is responsible for higher functioning in mathematics (Gabriel and Schmitz 2007). Because the inferior parietal lobe is smaller in females and develops later, logical mathematical learning in girls is typically slower (Lenroot et al. 2007). Boys will develop mathematical-spacial skills on average as much as four years sooner than will girls (Gurian, 2003). By forcing girls into STEM as early as possible, we are trying to get them to perform in a way that ignores biology and reason. We are using girls as political pawns for feminist propaganda and I cannot fathom a world in which that is ethical.

In contrast, the left hemisphere of the female brain develops faster than in males, which is what provides them with superior functioning in language acquisition. Despite these obvious differences, we apply the same exact standards to both sexes in the form of diagnostic and summative assessments as well as standardized testing. Lexile levels are based on the number of words on a page and the number of sentences per page. The ideal of where benchmarks for language arts learning should fall is then decided based on what score is average by age and falls into an acceptable range. Boys lag behind girls as much as six years due to this fundamental difference in brain anatomy (Gurian, 2003). How is that fair when fifty percent of the student population has a distinct early advantage over the opposite sex? It isn’t fair and it puts boys at a disadvantage.

In essence, given the above facts, we are placing unscientifically based pressure on girls to show interest in STEM as early as possible and place unfair learning goals on boys in the area of language. Current politics insists that even though the evidence indicates that males’ and females’ brains develop at a different rate, order, and time frame, we ought demand parity at all stages of education. In this way, the push for equality and feminizing of education hurts both sexes. What would benefit education the most is training teachers in how these differences impact learning and giving teachers the time and space to truly accommodate different learning styles.

I would go further and insist that schools have become toxic and dangerous places in which to be male.

Over-diagnosis for behavioral problems is rampant among boys and disproportionate compared to girls. According to the USDOE and Schott Foundation Report, 67% of special education students are male, and 80% of those classified as special needs (which includes emotional disturbance related issues) are black or Hispanic. But why? The answer is sinister yet simple: modern education favors the ability to focus and compliance. Deviation from that norm is considered, by definition, abnormal and cause for serious concern. Females transition between lessons and have superior self control and focus much earlier than boys. Girls also make fewer impulsive decisions because their basal serotonin levels are higher than that of boys, which enables them to remain calm long enough to pause before acting in many cases (Sax, 2006). These behavioral difference are also due to the fact that boys under-utilize the cerebral cortex and are reliant on more primitive areas of the brain to preform the same tasks (Sax, 2006). What result looks like something more serious, something that ought to be medicated (like ADHD or personality disorders).

There are even more fundamental sensory differences between girls and boys that impact learning, but are largely ignored. It has been a well established fact since the 1960s that girls have superior hearing to boys, particularly in the higher frequencies (Corso 1963). Boys have 35% less aural acuity due to co